Debris from the early Solar System 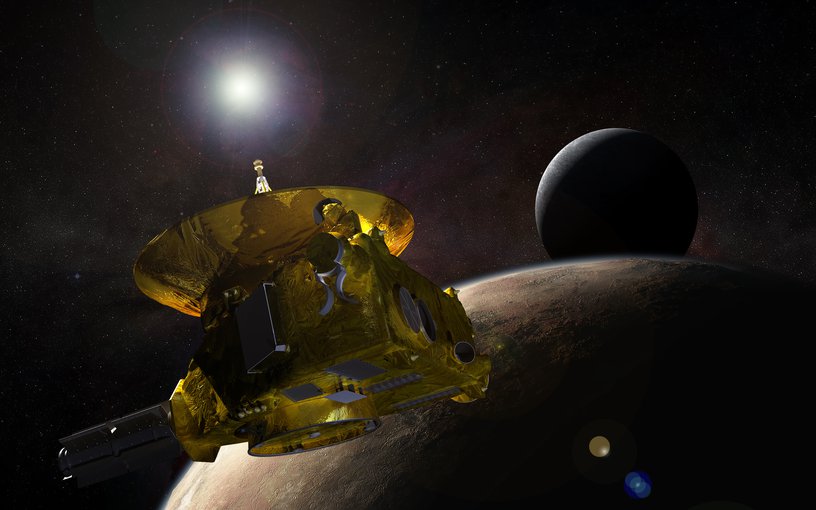 A new study supported in part by the NASA Astrobiology Program is helping scientists understand the distribution of mass in the Solar System.

Our solar system is composed of numerous bodies that orbit the Sun, including two disks of debris left over after the formation of the planets. These disks are the asteroid belt between Mars and Jupiter and the Edgeworth-Kuiper Belt (EKB), which sits out in the distant reaches of our system beyond the orbits of the planets. As objects in the asteroid belt and EKB collide with one another, they are constantly generating tiny grains of dust.

Researchers have used measurements from the New Horizons spacecraft along with an interplanetary dust dynamics model to better understand aspects of the Solar System’s debris disk, including mass, optical depth, and surface brightness. The results show that roughly ninety-nine percent of our system’s dust disk mass is found in the EKB. Findings also confirm that our solar system is relatively dust-poor compared to other systems around stars similar to the Sun that have been observed thus far. The team of scientists believes that the migration of planetary bodies in the Solar System triggered instabilities that ultimately depleted the EKB when compared to other systems.

The Solar System is the only system known to support life. Understanding how the Solar System has evolved over time can help astrobiologists determine how other systems might support habitable worlds similar to the Earth. The findings are also a part of NASA’s work to understand the Universe and inspire the next generation of space scientists. As NASA’s Artemis program moves forward with human exploration of the Moon, understanding the potential distribution of life in the Universe remains a top priority for the agency.

The paper, “Constraining the Solar Systemʼs Debris Disk with In Situ New Horizons Measurements from the Edgeworth–Kuiper Belt,” was published in The Astrophysical Journal Letters. The work was supported by the Nexus for Exoplanet System Science (NExSS).  NExSS is a NASA  research coordination network supported in part by the  NASA Astrobiology Program. This program element is shared between NASA’s Planetary Science Division (PSD) and the Astrophysics Division.