Cycles of Glaciation on Ancient Mars 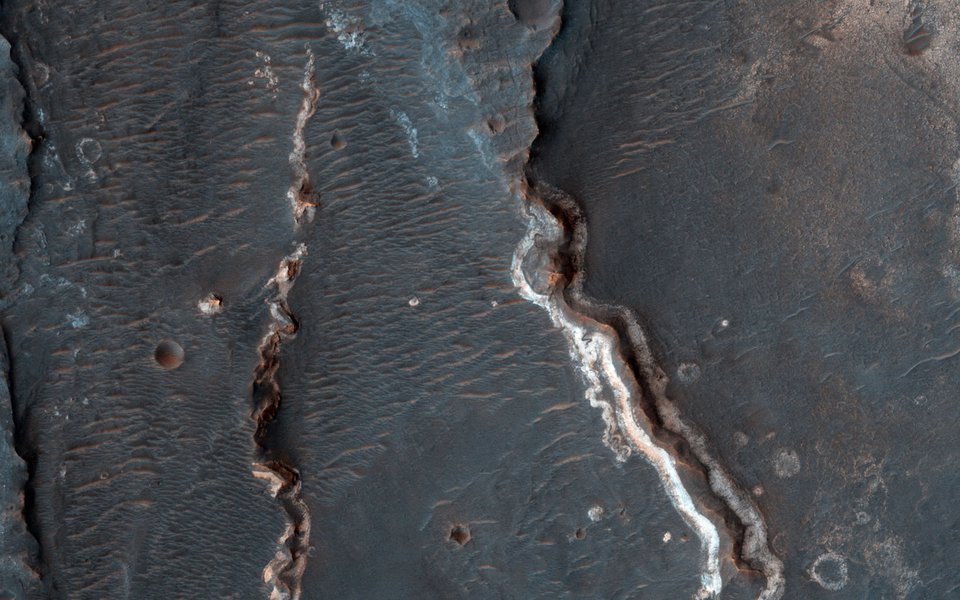 Possible fluvial features in Golden Crater on Mars. The image was taken by the High Resolution Imaging Science Experiment (HiRISE) on the Mars Reconnaissance Orbiter (MRO). Credit: NASA/JPL-Caltech/University of Arizona

Robotic missions have revealed many features on the surface of Mars that appear to have been formed by large amounts of flowing water. For decades, scientists have studied the possible mechanisms behind the formation of such features, including greenhouse warming of the planet, or warming from impacts and/or volcanism. However, such theories struggle to account for the amount of rainfall required to produce martian valleys.

Researchers have now developed a new model that could help explain how fluvial features were formed on a warm, early Mars. The model shows that cycles of glaciation and deglaciation were possible on the planet, with warm periods that could have lasted up to 10 million years. In addition, the new hypothesis presented in the study could be tested with future Mars exploration missions.

The study, “Climate Cycling on Early Mars Caused by the Carbonate-Silicate Cycle” was published in the journal Earth and Planetary Astrophysics. The work was supported by the Habitable Worlds program, which funds research relevant to the NASA Astrobiology Program.