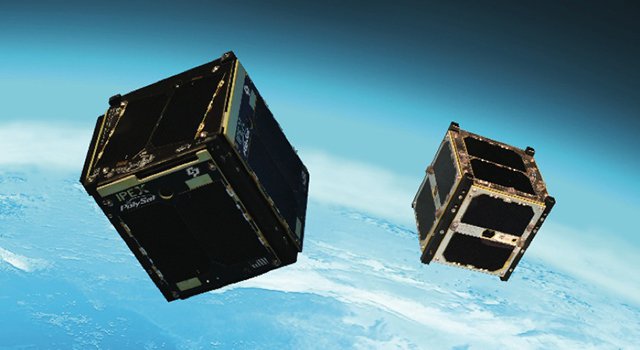 A new study provides insight into how a machine-learning system on an autonomous spacecraft could improve future observations of the Earth from orbit. One difficulty faced by remote sensing satellites is the fact that more than half of the Earth is covered by clouds at any given time. Clouds obscure the surface and can interfere with atmospheric measurements. Spacecraft that are able to automatically recognize clouds and select cloud-free areas in which to make observations could greatly improve Earth science remote sensing data. This would improve the science yield of instruments like the Orbiting Carbon Observatory 3 mission.

Researchers studied a statistical machine-learning method for real-time autonomous scene interpretation using a visible camera with no radiometric calibration. The method was evaluated using images from the International Space Station (ISS), and deployment onboard the IPEX spacecraft. Preliminary lessons from the in-flight test of the method are reported.

The Intelligent Payload Experiment (IPEX) was the first deployment of significant artificial intelligence on a CubeSat (10×10×10 cm), and launched on December 5, 2013. IPEX was a technology validation mission sponsored by NASA’s Earth Science Technology Office, and tested technologies that could be used on the proposed NASAHYperSPectral Infra-Red Instrument (HyspIRI) mission.

The study, “Real-Time Orbital Image Analysis Using Decision Forests, with a Deployment Onboard the IPEX Spacecraft,” was published in the Journal of Field Robotics.