The “Great White Whale” of Planet Hunting, Has Surrendered Its Secret

Astronomers have found that Barnard’s star — a very close, fast-moving, and long studied red dwarf — has a super-Earth sized planet orbiting just beyond its habitable zone.

The discovery relied on data collected over many years using the tried-and-true radial velocity method, which searches for wobbles in the movement of the host star.

But this detection was something big for radial velocity astronomers because Barnard-b was among the smallest planet ever found using the technique, and it was the furthest out from its host star as well — orbiting its star every 233 days. 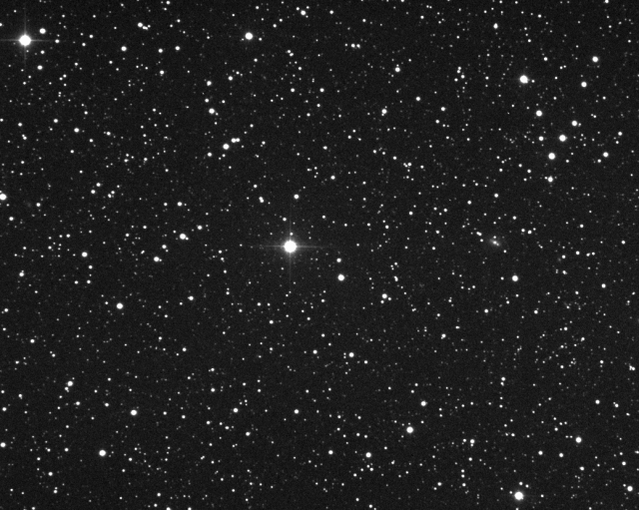 Barnard’s Star is the closest single star to our sun, and the most fast moving. It is attractive to planet hunters because it is so close and bright, especially in infared. But until now, the exoplanets of this “great white whale” have avoided detection.Image credit: Many Worlds.

For more than a century, astronomers have studied Barnard’s star as the most likely place to find an extrasolar planet.

Ultimately, said Ignasi Rablis of Spain’s Institute of Space Studies of Catalonia, lead author of the paper in journal Nature, the discovery was the result of 771 observations, an extremely high number.

And now, he said, “after a very careful analysis, we are over 99 percent confident the planet is there.”

The planet is at least 3.2 times the size of Earth and orbits near the snowline of the system, where water cannot be expected to ever be liquid. That means is it a frozen world (an estimated -150 degrees Celsius) and highly unlikely to support life.

But Rablis and others on the large team say it also an extremely good candidate for future direct imaging and next-generation observing.

Thousands of exoplanets have been identified by now, and hundreds using the radial velocity method. But this one is different.

“Barnard’s star is the ‘great white whale’ of planet hunting,” said Paul Butler, senior scientist at the Carnegie Institution, a radial velocity pioneer, and one of the numerous authors of the paper.

Because the star is so close (but 6 light-years away) and as a result so tempting, it has been the subject of exoplanet searches for 100 years, Butler said. But until the radial velocity breakthroughs of the mid 1990s, the techniques used could not find a planet.

Nonetheless, an early exoplanet hunter, the Dutch-American astronomer Peter van de Kamp of Swarthmore College, thought that he had indeed found two gas giant planets around Barnard’s star in the 1960s. He used a different technique based on the movement of the host star, and the findings even made it into some textbooks. But later the detection was found to be incorrect.

As Butler explained it, the combination of the planet’s size and distance from the star ultimately pushed the technology (and astronomers) to the very limit — requiring a measurement of 1.2 meters per second of “wobble.”

In contrast, the first planets were found by radial velocity that would detect 70 meter per second of wobble caused by the gravitational pull of a planet, and 30 years ago the best instruments could detect only 300 meters per second. 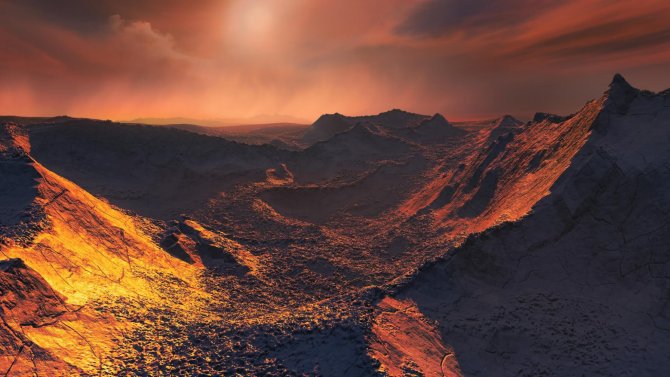 An artist’s rendering of the Barnard’s star planet at sunset.Image credit: Martin Kornmesser/ESO.

The detected planet (which remains a “candidate” until further confirmed) was ultimately found following concerted effort by a large team of astronomers around the world. It was co-led and organized by Guillem Anglada-Escudé of the Queen Mary University of London. The young astronomer had made a major splash in 2016 with the detection of a planet orbiting Proxima Centauri, the closest star to our own.

That discovery was part of the “Pale Red Dot” campaign, which had the goal of detecting rocky planets around red dwarf stars. After the Proxima discovery Barnard’s star went to the top of Anglada-Escudé list with the renamed “Red Dots” collaboration — which is supported by the European Southern Observatory and universities in Chile, the United Kingdom, Spain and Germany.

By 2015, there was already almost 18 years of modern data collected regarding a possible planet orbiting the star, and a faint but clearly present signal had been detected. But more was needed to confidently report a discovery, and the Red Dots effort took up the challenge.

To see if the result could be confirmed, astronomers regularly monitored Barnard’s star with high precision spectrometers such as the CARMENES (Calar Alto Observatory in Spain), and also the HARPS (High Accuracy Radial velocity Planet Searcher.)

Ultimately, the team used observations from seven different instruments taken over 20 years, making this one of the largest and most extensive datasets ever used for precise radial velocity studies.

“We all have worked very hard on this result,” said Anglada-Escudé. “This is the result of a large collaboration organized in the context of the Red Dots project, which is why it has contributions from teams all over the world including semi-professional astronomers.”

Cristina Rodríguez-López, researcher at the Instituto de Astrofísica de Andalucía and co-author of the paper, said of the significance of the finding grow over decades. 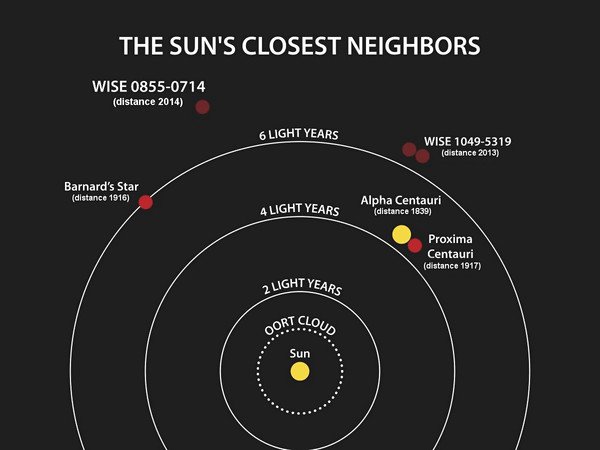 Barnard’s star is the fourth closest to our sun, and the closest single star. It lies 6 light-years from us, as opposed to a little more than 4 light-years for the Alpha Centauri/Proxima Centauri threesome.Image credit: NASA Photojournal.

“This discovery means a boost to continue on searching for exoplanets around our closest stellar neighbors, in the hope that eventually we will come upon one that has the right conditions to host life,” she said.

The next pr0ject for the Red Dots campaign is to study the star Ross 154, at 9.69 light-years away another of the closest stars to us.

The dramatically increased (and increasing) precision in radial velocity measurements is expected to continue with the next generation of ground-based telescopes and spectrometers.

Butler, for instance, said that Carnegie is in the process of upgrading its Planet Finding Spectrograph at the Las Campanas Observatory in Chile to reach a 0.5-meters-per-second measurement. Other groups including the European Southern Observatory and American teams based at Pennsylvania State and Yale Universities have similar efforts under way.

If they succeed, Butler said, it may well be possible to find potentially habitable planets around sun-like and other categories of stars using the radial velocity method.

Barnard’s a very-low-mass red dwarf star in the constellation of Ophiuchus. It is the fourth-nearest-known individual star to the sun (after the three components of the Alpha Centauri system) and the closest star in the Northern Celestial hemisphere.

Despite its proximity, the star is too faint to be seen with the unaided eye, though it is quite visible with an amateur 8-inch telescope. It is much brighter in the infrared than in visible light. Although Barnard’s Star is an ancient star, it still experiences star flare events, one being observed in 1998.

The star is named after the American astronomer E. E. Barnard. He was not the first to observe the star (it appeared on Harvard University plates in 1888 and 1890), but in 1916 he measured its proper motion –the apparent angular motion of a star across the sky with respect to more distant stars — as 10.3 arcseconds per year relative to the sun.

This is likely to be the fastest star in terms of proper motion, as its proximity to the sun, as well as its high velocity, make it unlikely any faster object will be discovered.

Barnard’s Star is among the most studied red dwarfs because of its proximity and favorable location for observation near the celestial equator. Historically, research on Barnard’s Star has focused on measuring its stellar characteristics and its astrometry — which involves precise measurements of the positions and movements of stars and other celestial bodies on the plane of the sky.

When planet hunters use astrometry, they look for a minute but regular wobble in a star’s position as seen in images. Van de Kamp, for instance, used astrometry to study Barnard’s star and (incorrectly) detected those two gas giants around it.

In contrast, radial (or Doppler) velocities look for the wobble of the star perpendicular to the plane sky, and astronomers have regularly, and now once again, made history with that method.