New research funded by elements of the NASA Astrobiology Program shows that the organic material in the famous Martian meteorite ALH84001 was not formed biologically, but rather by geochemical interactions between water and rock. 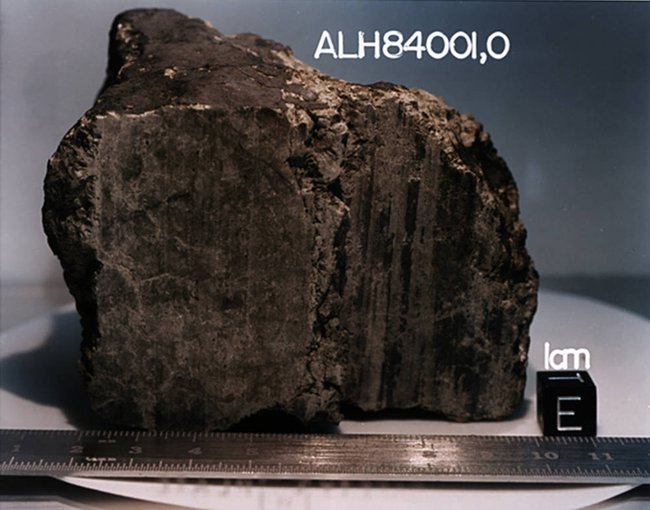 For years, scientists have debated the origin story for the organic carbon found in the Allan Hills 84001 meteorite, with possibilities including various abiotic process related to volcanic activity, impact events on Mars, or hydrological exposure, as well as potentially the remnants of ancient life forms on Mars or contamination from its crash landing on Earth.

The study, led by scientists at the Carnegie Institution of Science and published last week in Science, analyzed samples from the meteorite and revealed evidence of serpentinization and carbonation processes. “These kinds of non-biological, geological reactions are responsible for a pool of organic carbon compounds from which life could have evolved and represent a background signal that must be taken into consideration when searching for evidence of past life on Mars,” said Andrew Steele, lead author of the study.