A Planet's Tilt toward Complex Life 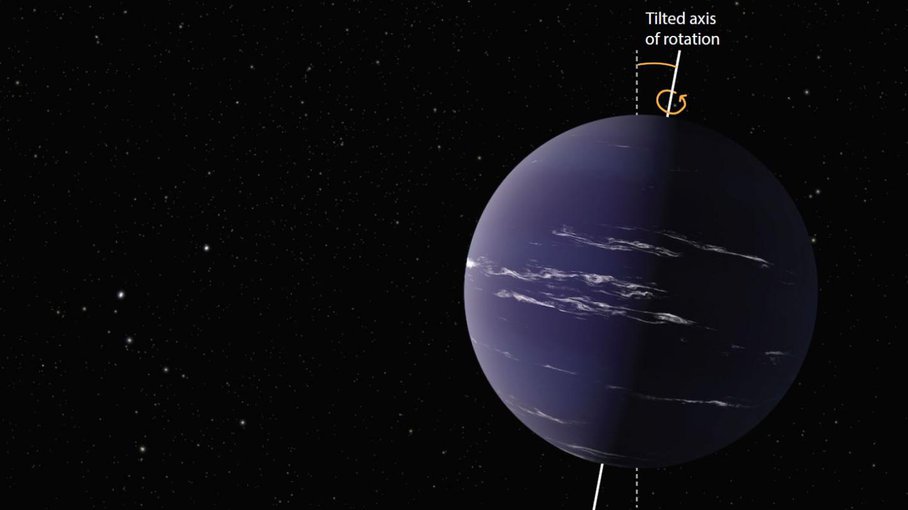 NASA-supported researchers have determined that planets with an axial ‘tilt’ like the Earth could be more likely to develop complex life. The findings were presented last week at the 2021 Goldschmidt Geochemistry Conference.

The team of scientists developed a model to better understand the conditions required for life on Earth. The model includes factors such as landmass, day length, and obliquity – or the amount at which a planet tilts on its axis relative to its orbit around a star.

Earth’s obliquity means that different parts of the Earth receive direct sunlight at different times of the year, and this is what gives us our seasons.

The model shows that modest obliquity could increase the likelihood that a planet will develop an oxygenated atmosphere. Many scientists believe that an oxygen-rich atmosphere is necessary for the evolution of complex organisms. The study could aid in assessing the potential habitability of exoplanets, and could also help identify target planets for further study.

The research was funded by the NASA Habitable Worlds program.

A press release concerning the research is available from Goldschmidt at: https://www.eurekalert.org/pub_releases/2021-07/gc-gp070521.php